Earlier this month we announced that we would be travelling around the world to visit International Football Academies in order to build relationships, share knowledge and recruit players for our new International Academy.

A whirlwind trip saw Ben deliver a coaching session at the Baltijos Football Academy (BFA) on his first morning before taking a trip to FK Riteriai (FKR), a senior side within the top division of Lithuanian League Football.

The morning coaching session was a technical based practice delivered outside on the 4G pitch which focussed on playing forward in as many combinations as possible. This led nicely into a 9v6 game with all players able to show their quality on the ball. Following the session players were given a de-brief and the opportunity to feedback and analyse their own game. 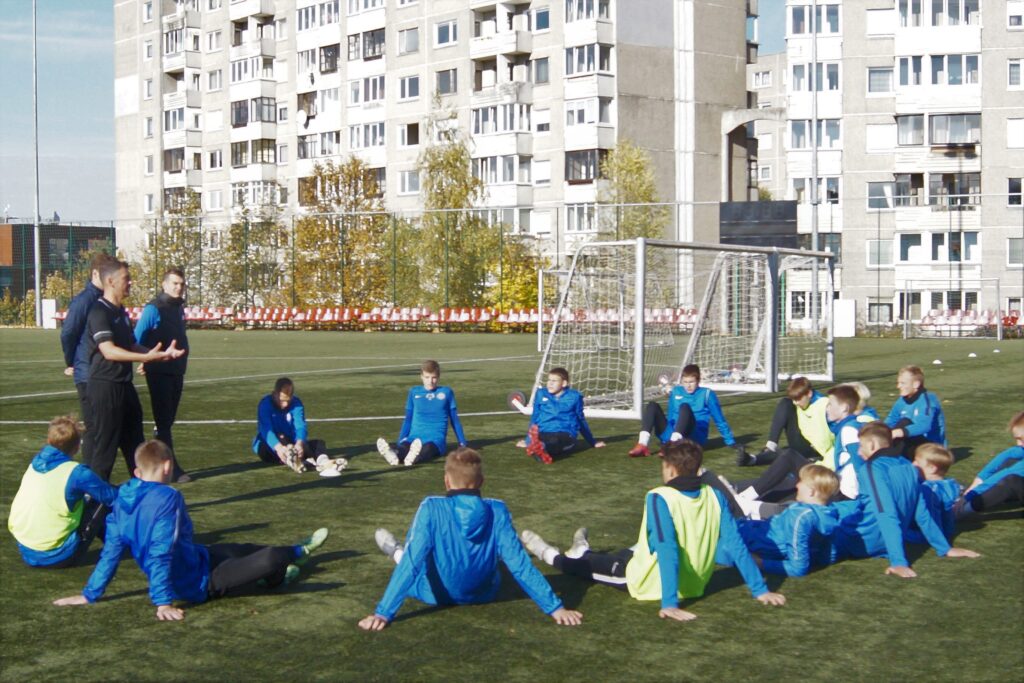 After some media duties and a lunch break Ben spent the afternoon with Tadas Simaitis, Sporting Director at FK Riteriai. Both were keen to explore opportunities for Soccer Assist Academy players as well as FKR players.

The evening was then spent watching the BFA senior team train in their Dome alongside their owner. As we continue to grow the Soccer Assist Academy and take more International players onboard, this trip was a huge success as important discussions were held around player and coaching exchanges as well as holiday camp training sessions.

Keep posted on developments here as well as an announcement on our next International trip.

If you are an Academy that would like to request a visit and/or coaching session from the Soccer Assist Academy then get in touch via email: [email protected]

If you would like to find out more about our International Football Courses available then visit www.soccerassistacademy.co.uk/international-academy

Apply now to start your journey.

We use cookies on our website to give you the most relevant experience by remembering your preferences and repeat visits. By clicking “Accept All”, you consent to the use of ALL the cookies. However, you may visit "Cookie Settings" to provide a controlled consent.
Cookie SettingsAccept All
Manage consent

This website uses cookies to improve your experience while you navigate through the website. Out of these, the cookies that are categorized as necessary are stored on your browser as they are essential for the working of basic functionalities of the website. We also use third-party cookies that help us analyze and understand how you use this website. These cookies will be stored in your browser only with your consent. You also have the option to opt-out of these cookies. But opting out of some of these cookies may affect your browsing experience.
Necessary Always Enabled
Necessary cookies are absolutely essential for the website to function properly. These cookies ensure basic functionalities and security features of the website, anonymously.
Functional
Functional cookies help to perform certain functionalities like sharing the content of the website on social media platforms, collect feedbacks, and other third-party features.
Performance
Performance cookies are used to understand and analyze the key performance indexes of the website which helps in delivering a better user experience for the visitors.
Analytics
Analytical cookies are used to understand how visitors interact with the website. These cookies help provide information on metrics the number of visitors, bounce rate, traffic source, etc.
Advertisement
Advertisement cookies are used to provide visitors with relevant ads and marketing campaigns. These cookies track visitors across websites and collect information to provide customized ads.
Others
Other uncategorized cookies are those that are being analyzed and have not been classified into a category as yet.
SAVE & ACCEPT